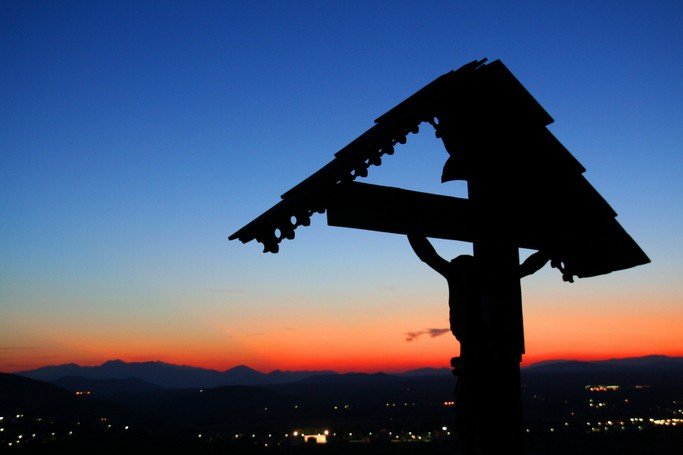 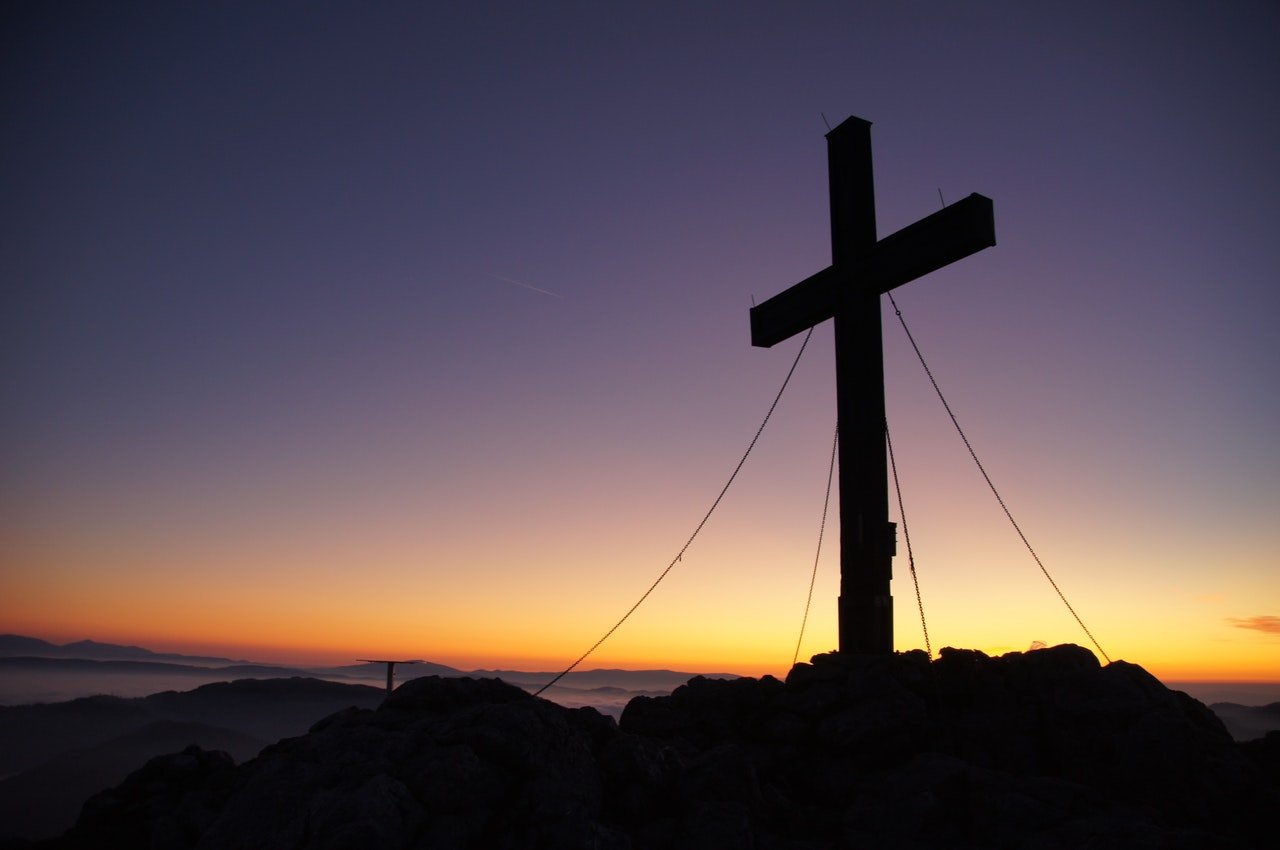 Members can enrich and develop their God-given talents through prayerful Christian meditation, organic gardening,  contemplation and nature, living in a community where everything is directed toward the spiritual growth of its members. 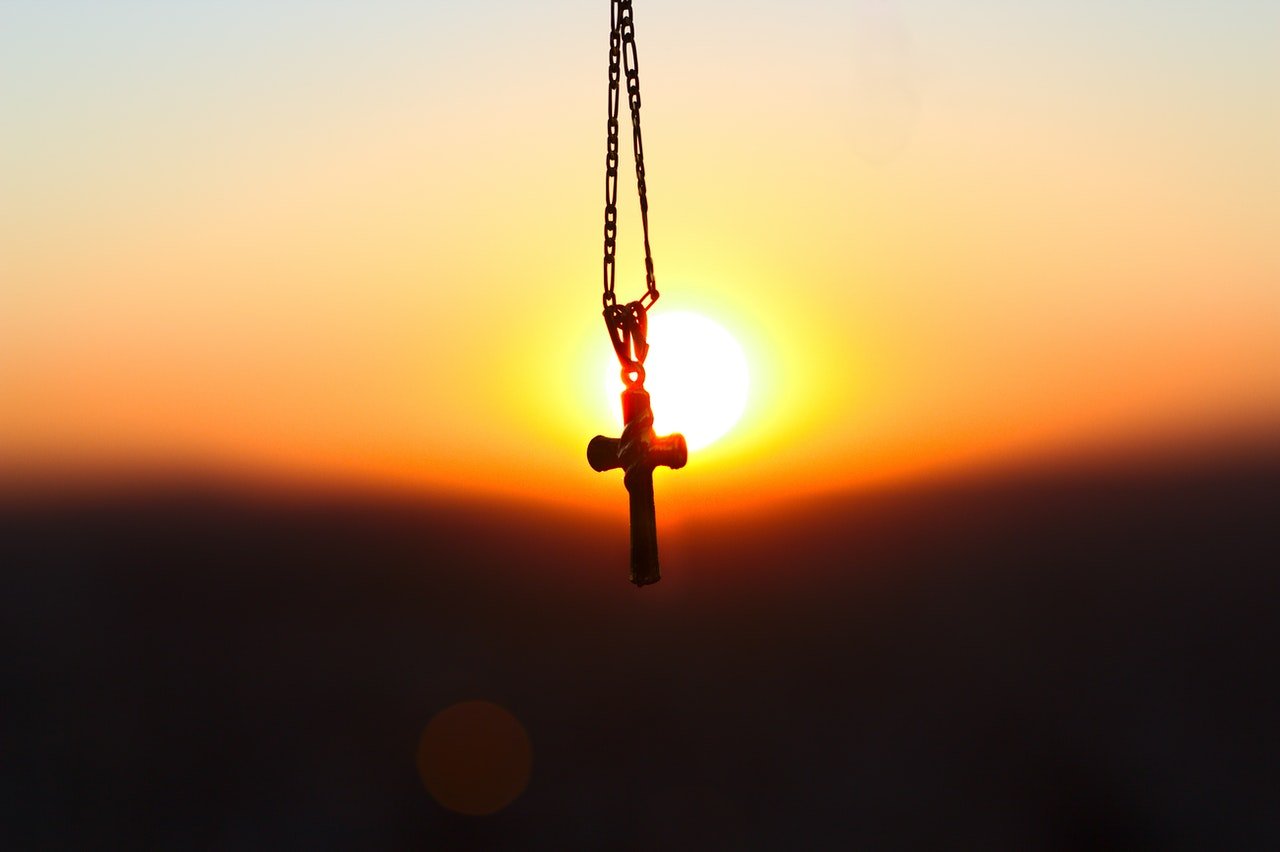 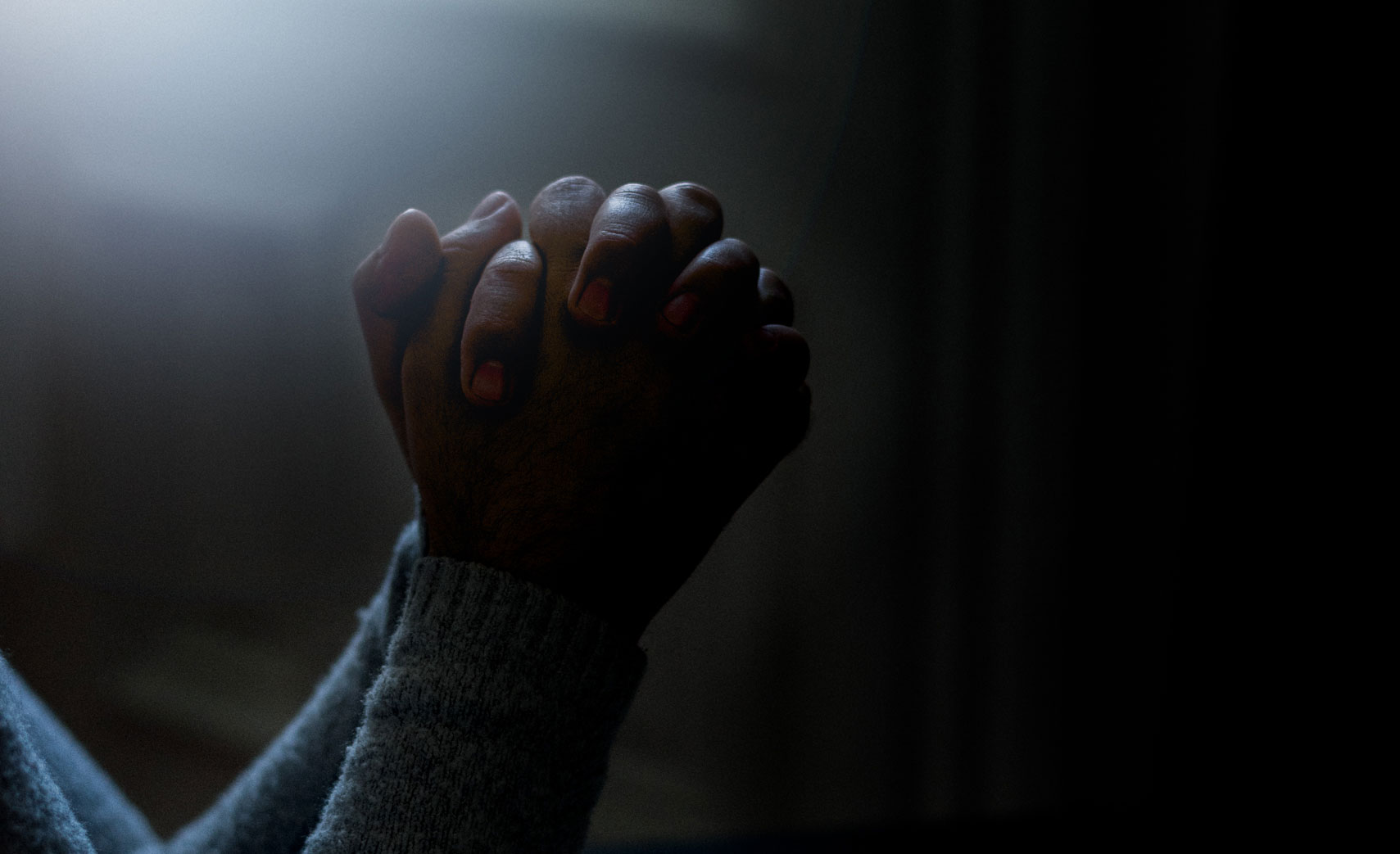 In today’s world many of our youth are faced with difficult decisions, be it their role in life, to be married or single, choice of vocation or religious life or in their choice of study or work. Sometimes young people can lack confidence in themselves. The pressure to be successful, to be as good as their peers, to live up to their parent’s expectations, can result in nervousness, stress, anxiety or depression. In the search to find acceptance, friendship, encouragement and love in their lives some make immoral choices. Some of these being promiscuity, alcohol, drugs, new age religions, the occult and many more that lead to severe disappointment. Sadly as a result of these, there are too many unforeseen incidents arising, resulting in unhappiness, loneliness, despair, and sometimes even suicide.

It is our aim to provide accommodation, a family atmosphere, love and support to those who want to be part of our community, to enrich and improve their quality of life, to avoid isolation and to provide assistance, support and guidance to all who are involved with us. We do this by providing an experience of Christian  Community, living within the community for a period of at least six months. Offering those who participate a solid foundation and a new basis for life thus reducing many of the stresses that may have previously occurred. There is an opportunity for discussion with others who have similar interests or the opportunity to speak in confidence to someone on any issue of concern. The community is open to English speaking people, both male and female from the age of 18 to the mid-30s. 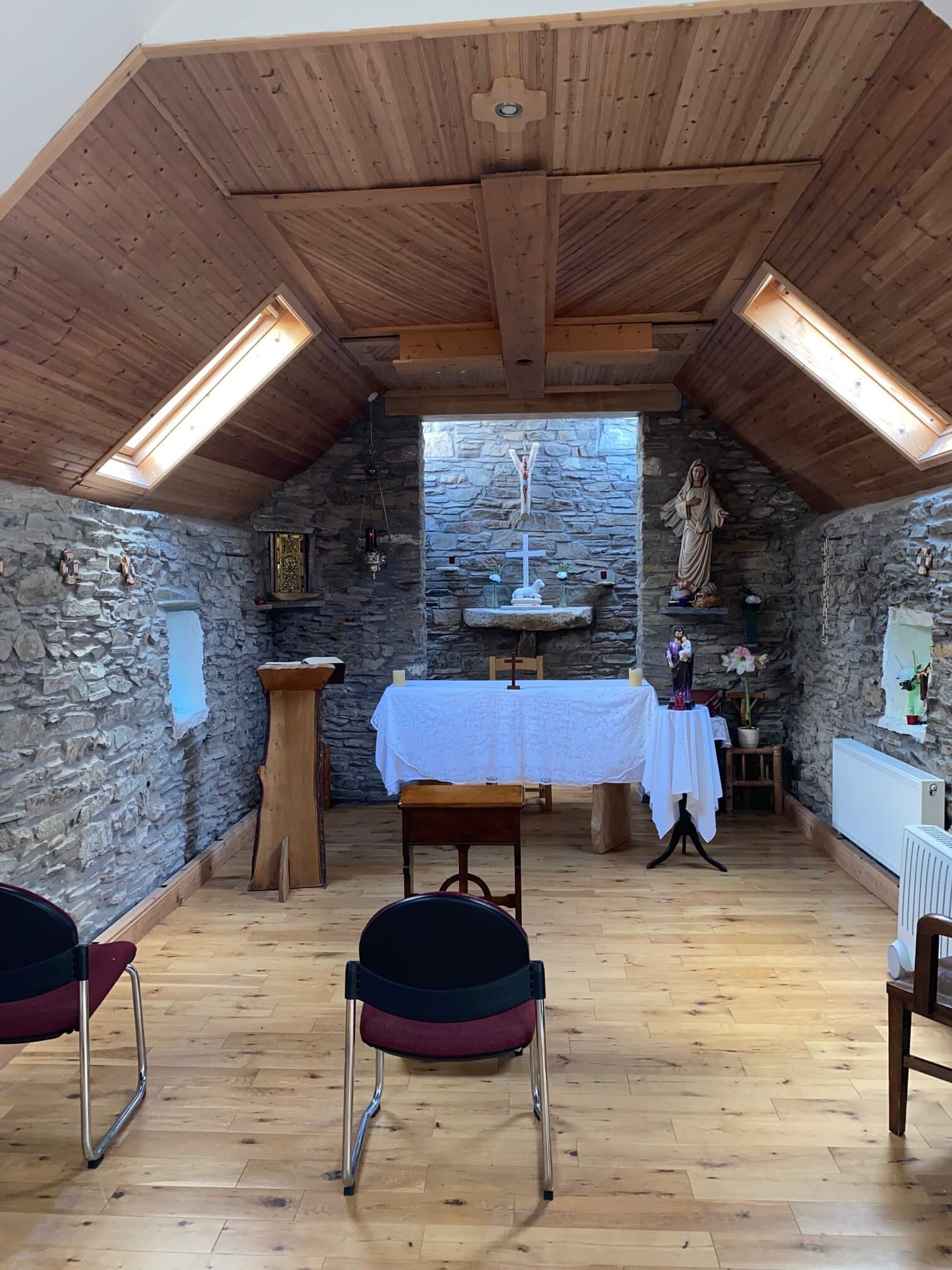 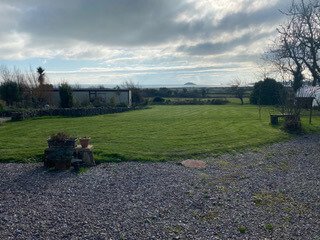 Today the pace of life has changed. We have become a fast-growing economy. We have changed from The Island of Saints and Scholars to a more aggressive secular society. A person who seeks to search for God and His plan for their lives are sometimes viewed by society with cynicism, indifference and even hostility. At Muintir Mhuire we offer a place of “Time Out” for people that you like to spend some time contemplating what direction they need to take in their lives.
Many have become so caught up in the material side of their existence that they have failed to develop the spiritual side of their lives. They have lost the creative use of their mind and the physical willingness and ability to be productive in the areas of art, craft and basic social and survival skills.  In all our towns and villages and even in rural areas many now live in isolation, whereas in the past everyone knew their neighbours and had an interest in their well-being. Our homes too have been invaded by all kinds of modern means of communication. This in itself is good but at times when there is not a proper balance, it can result in isolation and loneliness even for people within their own homes.

Our prayer program explores the richness of the Catholic tradition. We are convinced that in order to find true happiness we must be in contact with the One who created us. We are also convinced that the God who created us is the Father of Jesus Christ and that He has revealed everything to us in Him. It follows that the high point of our prayer is the celebration of Holy Mass.
As our name clearly shows we are a Marian Community. This too comes from the Irish tradition of seeing Mary as the one who leads us to her son and who in every age has shown her concern for us, her children.

Each day we pray the Rosary, celebrate Holy Mass, and spend time in Adoration. We also pray Morning and Evening prayer from the Liturgy of the Hours.

We always prepare for the celebration of Holy Mass by praying one part of the Rosary.

After each Holy Mass, we kneel and pray the Creed and the Our Father, Hail Mary, and Glory be to the Father, seven times.
We do this because we see the need to prepare ourselves by having a time of quiet reflective prayer before Holy Mass begins, and the need to spend time in thanksgiving after Holy Mass ends.

It is our aim as the project develops that people will have a wide choice of work. Traditionally there was a Blacksmith working on the farm producing farm implements, hinges, horseshoes and many more metal objects. We plan to restore this forge and return to the traditional way of working with metal. We also plan to revive some of the other traditional rural crafts.

A Member of the Community’s Testimonial

“For a long time before I joined the community I had a lack of enthusiasm and hope for life, I ended up giving up my job and had even given up wanting to put in an effort to live life.  The reason for this was because I perceived things to be true in relation to dealing with people that were not true and nothing I had tried prior to then to end this suffering had worked.   The main problems were what I thought people were saying about me, how was I coming across to people and a self-consciousness that resulted in me withdrawing from interacting with people.  After going through this for a long time I ended up having a carefree attitude by not caring about myself or anyone else and feeling depression, anxiety and despair.
Then one day when I was in Medjugorje I was introduced by a lady to Muintir Mhuire.
I met and talked with the spiritual director and a member of the community.  I felt what they had to say was very encouraging, hopeful and that the issues I was dealing with would be healed with enough time and prayer.  I brought home and read some of the literature and gave it some thought for a while because joining the community meant leaving home and moving to  Cork. Then eventually I decided I would give it a try and join up for six months or more. Since then I can say in all honesty that many parts of my life have been greatly improved.  Not only do I not suffer anymore from all the problems which I mentioned above, other aspects of my life, which I never intended or even considered needed improvements have been greatly developed.  Abilities such as managerial and leadership skills, problem-solving, being available for people when they need to talk, giving encouragement and being able to identify and help others who have similar difficulties that I had.  These are abilities I didn’t know I had.  Some of the most valuable things I’ve learned about  Christian Community Living is that being preoccupied with the needs of others; I take the emphasis off myself, I stop focusing on what I can’t do or don’t have and start appreciating and being grateful for all I can do and the gifts God has given me.
I would like to finish by saying that I am confident that I would not be where I am now without all the prayer, support and friendship that I experienced while being a member of Muintir Mhuire.  I will always be grateful to all who were involved in the community while I was a member and I strongly believe that it is making a very valuable contribution to the lives of other people and the life of the Church in Ireland and hopefully in time, many other places as well.”
Interested in joining our community? Click here

Escape the pressures of life

Can you help us financially?

You may wish to donate to Muintir Mhuire. You can do so by using our 3rd party trusted App STRIPE. It is both secure and fast. Many thanks for your kindness and generosity. Please click the button to donate. Please consider becoming a monthly contributor

You can find out more about which cookies we are using or switch them off in settings.

This website uses cookies so that we can provide you with the best user experience possible. Cookie information is stored in your browser and performs functions such as recognising you when you return to our website and helping our team to understand which sections of the website you find most interesting and useful.

Strictly Necessary Cookie should be enabled at all times so that we can save your preferences for cookie settings.

If you disable this cookie, we will not be able to save your preferences. This means that every time you visit this website you will need to enable or disable cookies again.